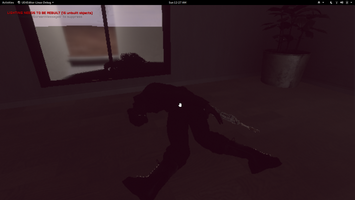 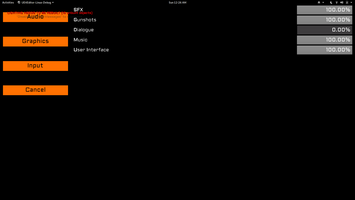 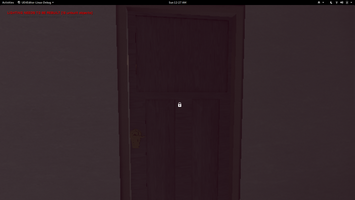 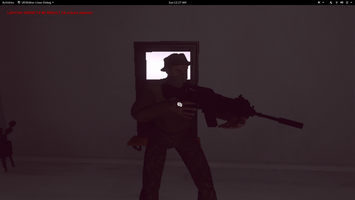 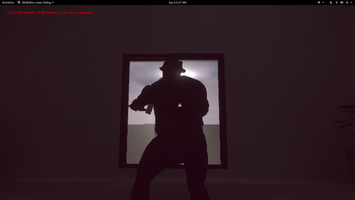 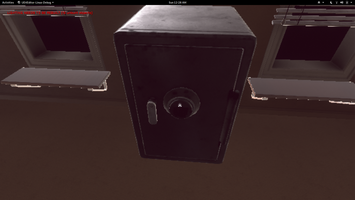 While the audio options aren’t quite finalised yet, since 1.8.0, you will have the option to alter volume for five different categories: Music and sound FX, excluding gunshots, dialogue and UI sounds, which have their separate volume categories each. Depending on the demand for such functions, I may later on implement reverb options. It’s wonderfully boring, yet it will come a long way in making Total Rendition accessible to a larger group of players. As great as Stefan Klein’s work is and as awesome it is Kapt’n K gave us personally his permission on behalf of KMFDM to use their track Paradise in the credits, I still felt it was kinda important to ensure players would be able to bring in their own music however they fancy (such as Lana Del Rey or, if you have a really sick sense of humour, Richard Wagner). Then again, that I had decided to bring in KMFDM and Stefan Klein probably still speaks volumes about the envisioned audioscape of Total Rendition! 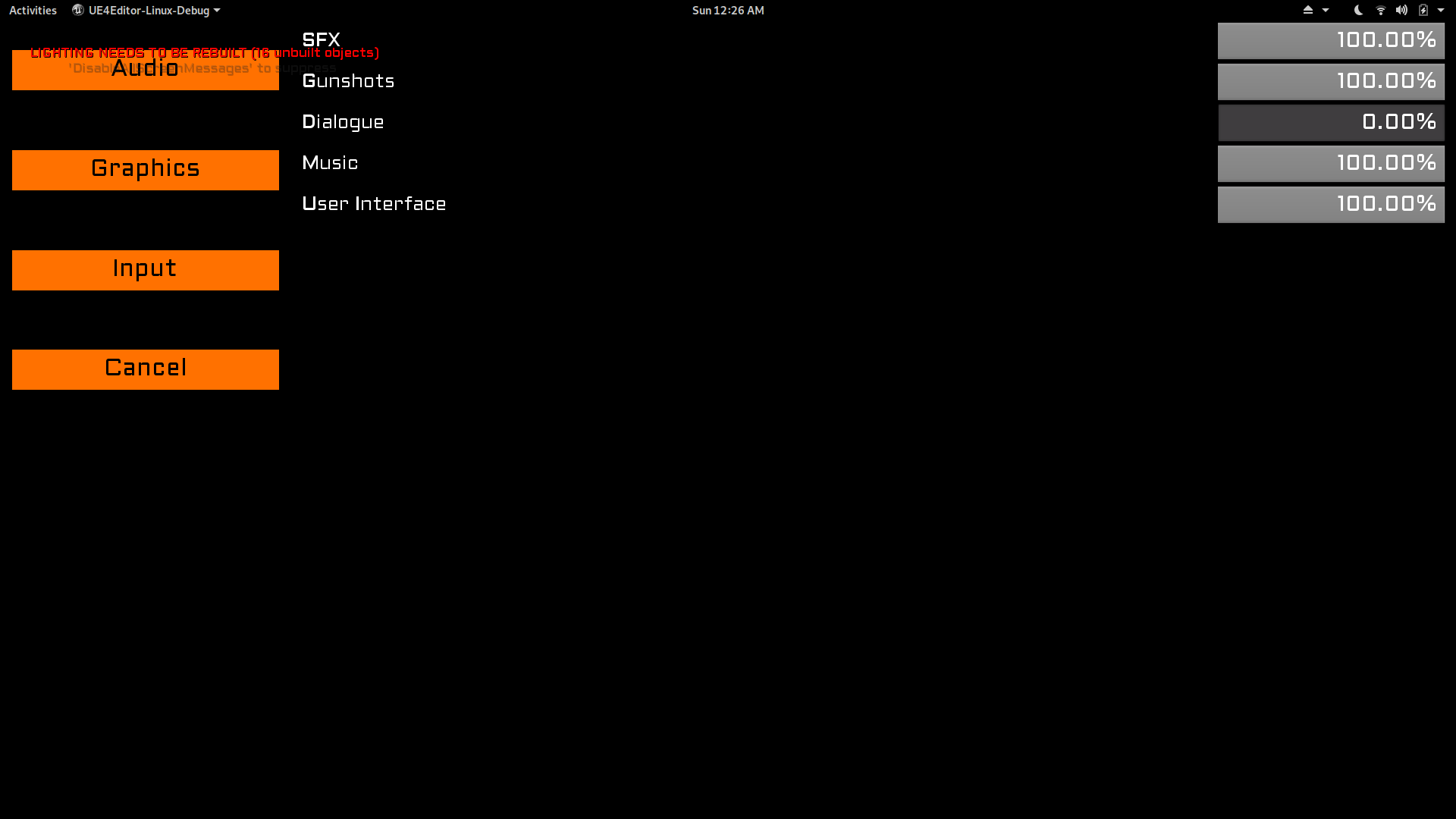 Perhaps the most exciting feature to be implemented in the last few days is the changing cursors to ensure players have a better foreknowledge of HOW they are about to interact. With Total Rendition, I hope to give players freedom to solve problems as they see fit. However, this tends to be challenging as a game design goal, because it frequently clashes or at the very least, is difficult to balance with intuitiveness, which is also an important design goal of Total Rendition. For instance, Morrowind, Fallout and Deus Ex give the players freedom. Yet, gaming experiences today tend to be regimented, because this most players also tend to be brainwashed by the likes of Facebook and Twitter by user interfaces designed to be addictive for their own sake. This introduces a major challenge to game developers today, because you can’t take anything for granted that players will immediately understand your design intentions. 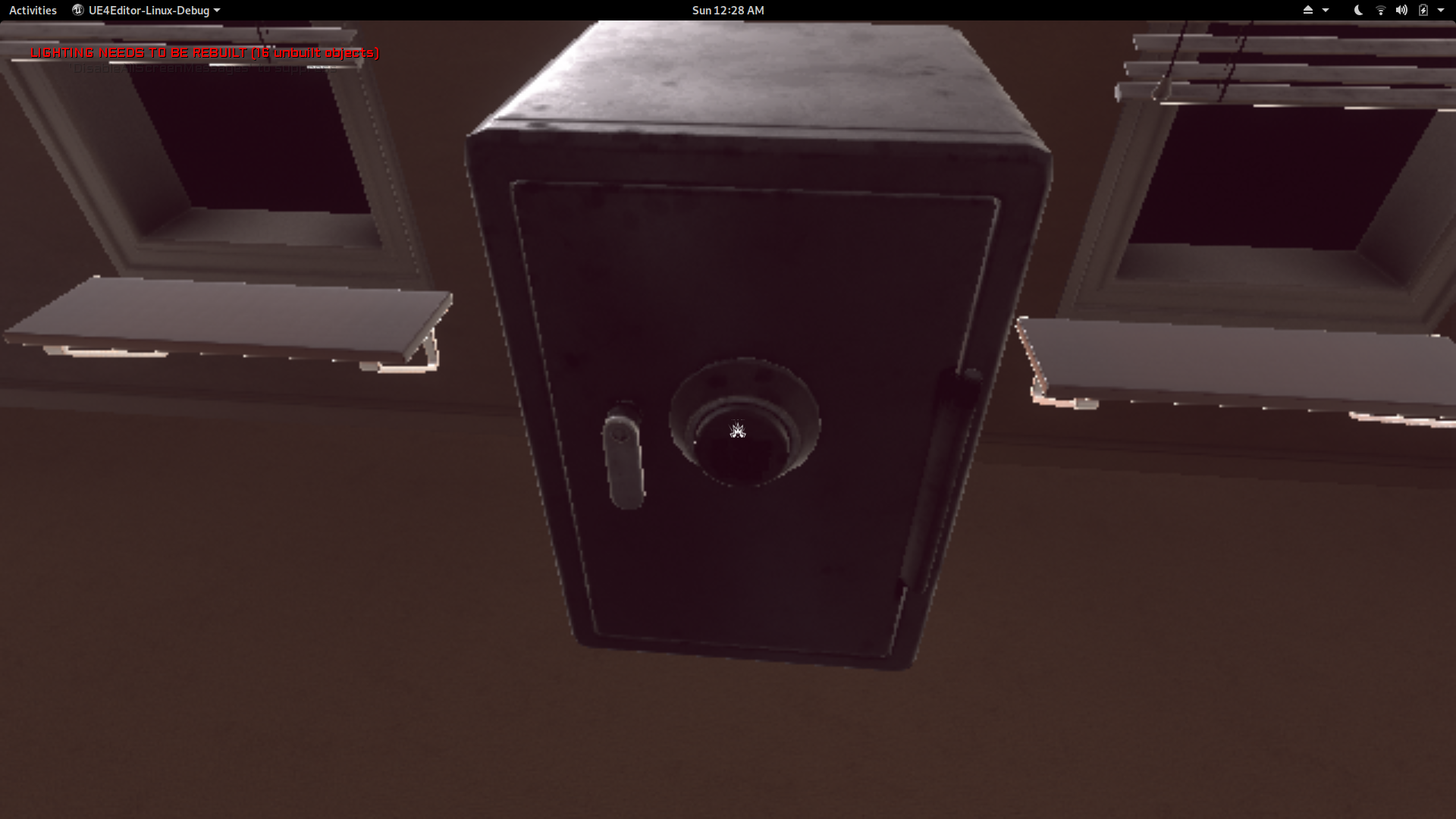 This safe can actually be cracked. Indeed, the symbol shown as cursor indicates you are about to perform a hostile action; if shown on an object, it involves the sabotage skills; if shown on an NPC, it may involve hand-to-hand or melee combat

However, instead of cynically pandering to these, the way many developers of E-Sports and even game plays have succumbed to microtransactions or completely ignoring this need by throwing players to the wolves, which some (me included) admittedly do like, there is a golden means. Indeed, you want to unite maximum freedom with maximum clarity: It must be obvious to players HOW you can accomplish certain things and WHAT it is going to do. 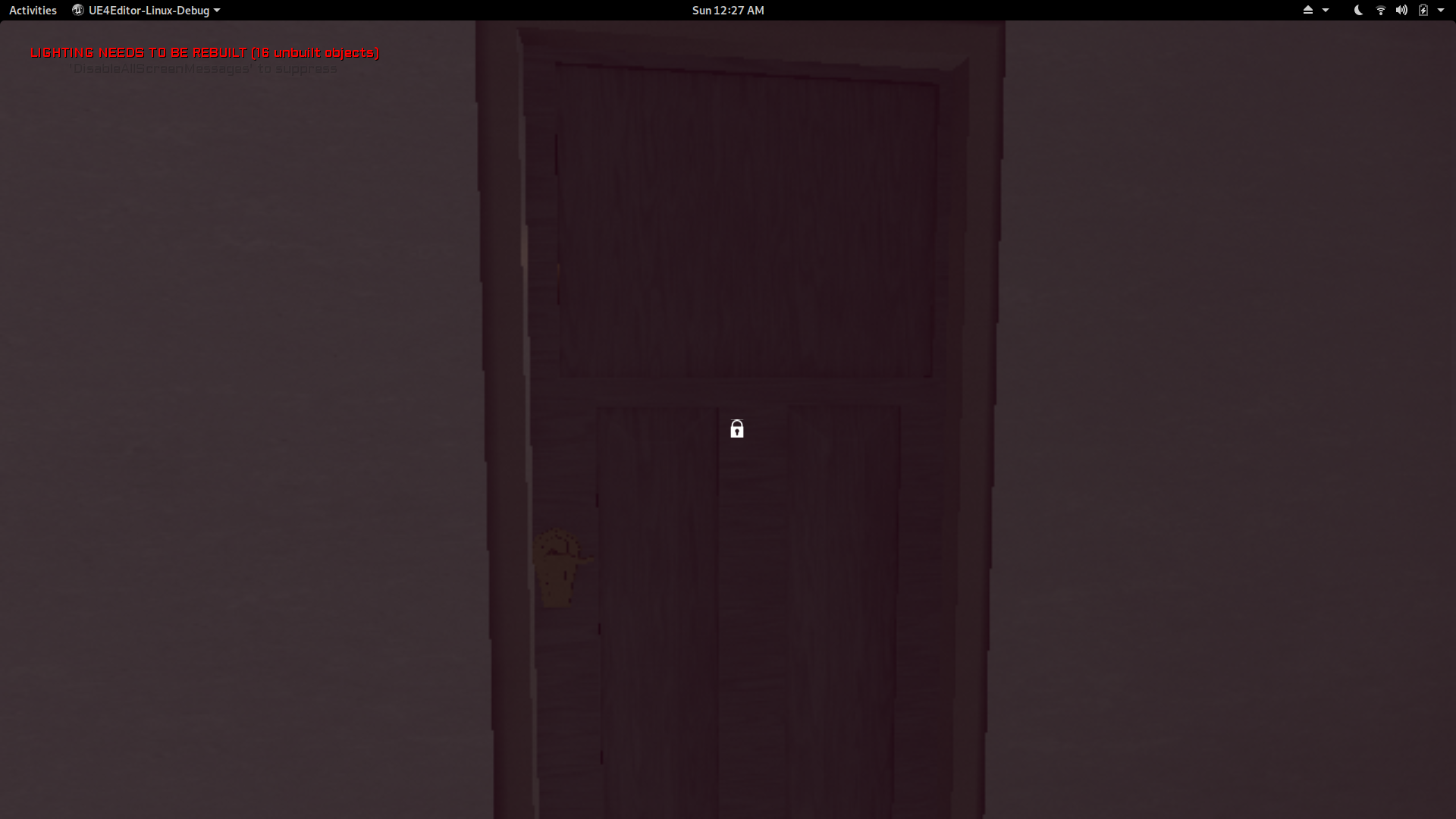 For instance, Call of Duty 4: Modern Warfare’s single player campaign is actually very exciting and fun, even if unfortunately a bit gung-ho jingoistic from a Tory or Neoconservative perspective; indeed, it dictates players what they have to do and it’s the only “right” thing to do. You can’t sneak past your foes, you will always have to kill them. You cannot intervene to stop your captain from torturing some Middle-Eastern dictator to death, so the latter can never be brought to justice instead of getting killed. Although it’s fun: It’s full of weapons, explosions and some really badass people you will sort of come to admire for their psychopathic fearlessness (Soap MacTavish probably being a homage to Andy McNab), even if you staunchly disagree with their ethics in war. Shooting feels like butter and you will feel like a Sylvester Stallone. However, if such games are all you know – and let’s face it, in terms of game design, Call of Duty 4 is at least as influential as Deus Ex, even outside its genre hometurf – your attention span will be too brief to tolerate Morrowind, Deus Ex or even GTA III. 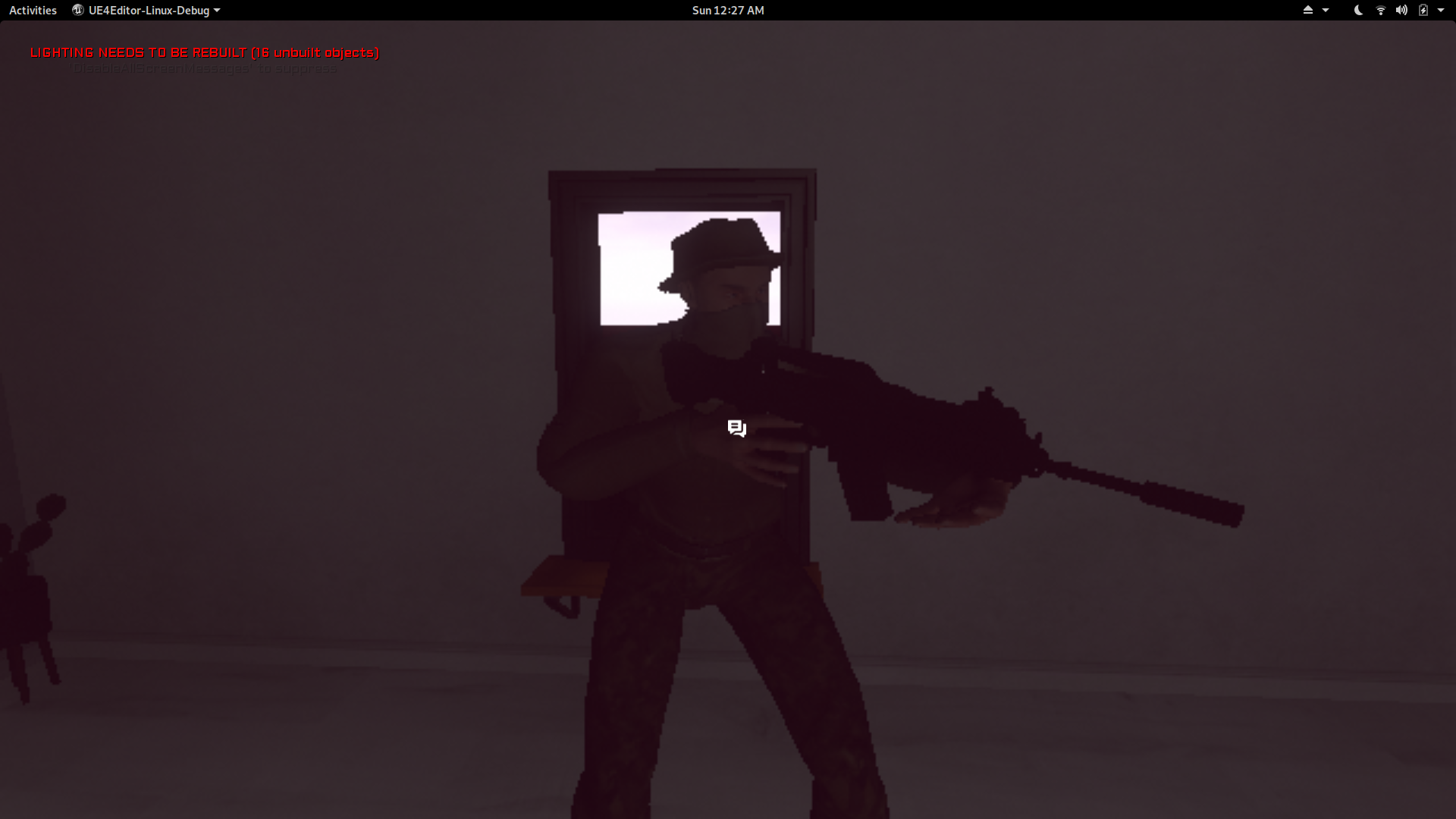 Yep, one of the bad guys, although he may not know it’s your job to kick his ass. Or maybe you want to argue with him, instead of fighting. Total Rendition offers you the option to use that to your advantage

What gives? Since version 0.1.9.2, nothing much fundamental has changed to the gameplay of Total Rendition. We are not going to make any compromises to the level of freedom players should enjoy and if anything, it is increasingly expanding insofar it doesn’t detract from the setting. Nevertheless, to ensure players actively try to use that freedom, without feeling intimidated, version 0.1.9.2 shows a Total Rendition that gives the players more feedback to their mooted actions. Total Rendition still doesn’t hold your hands, force you to do certain things like Call of Duty 4 nor preach what you should do (ahem… Rockstar Games) although it should now tell you, in no uncertain terms, what the implications will be when you press that button…

If necessary, this feature can be refined even further with ease. 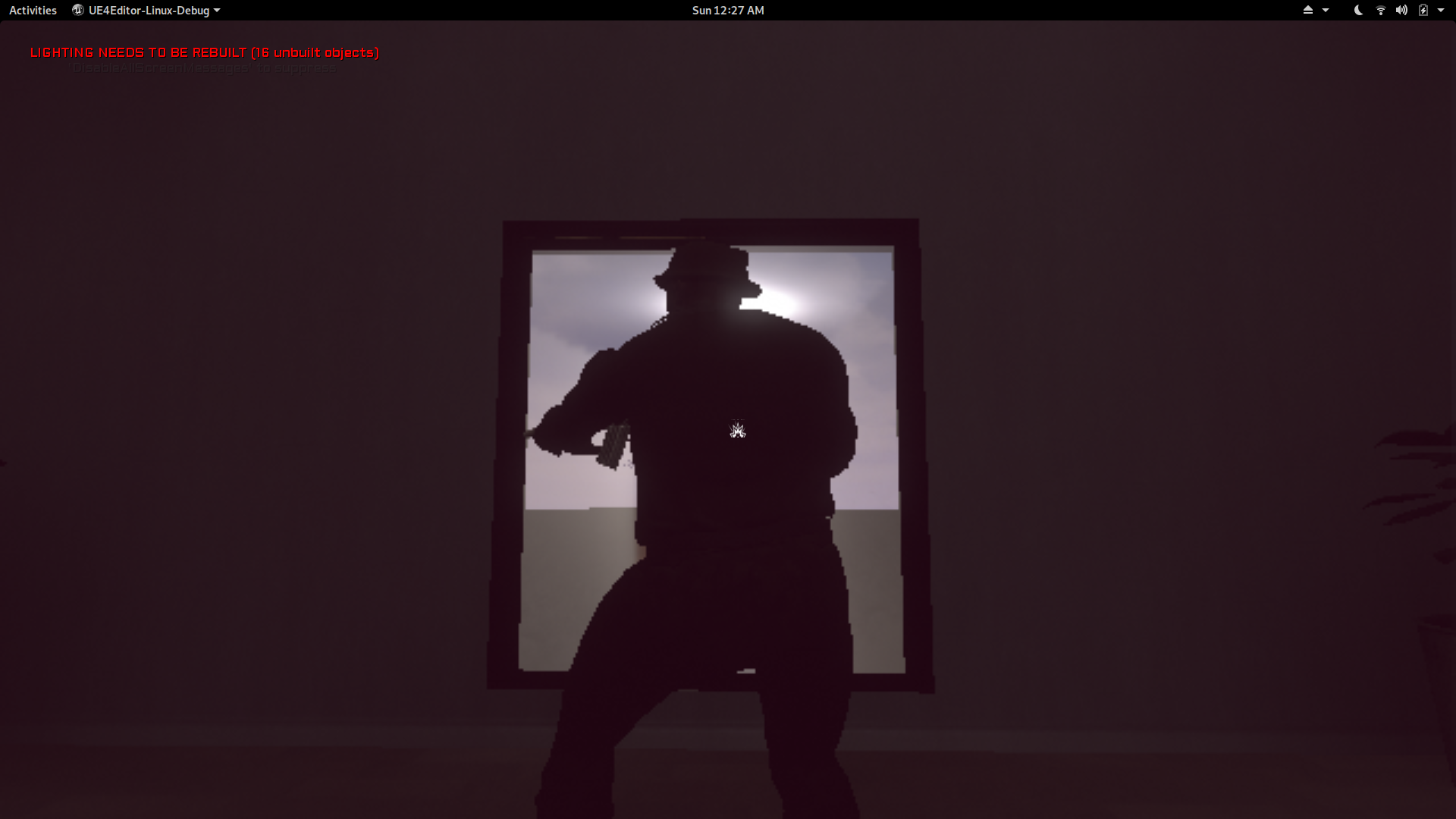 Yes, you are about to sneak up on that dude to beat him up 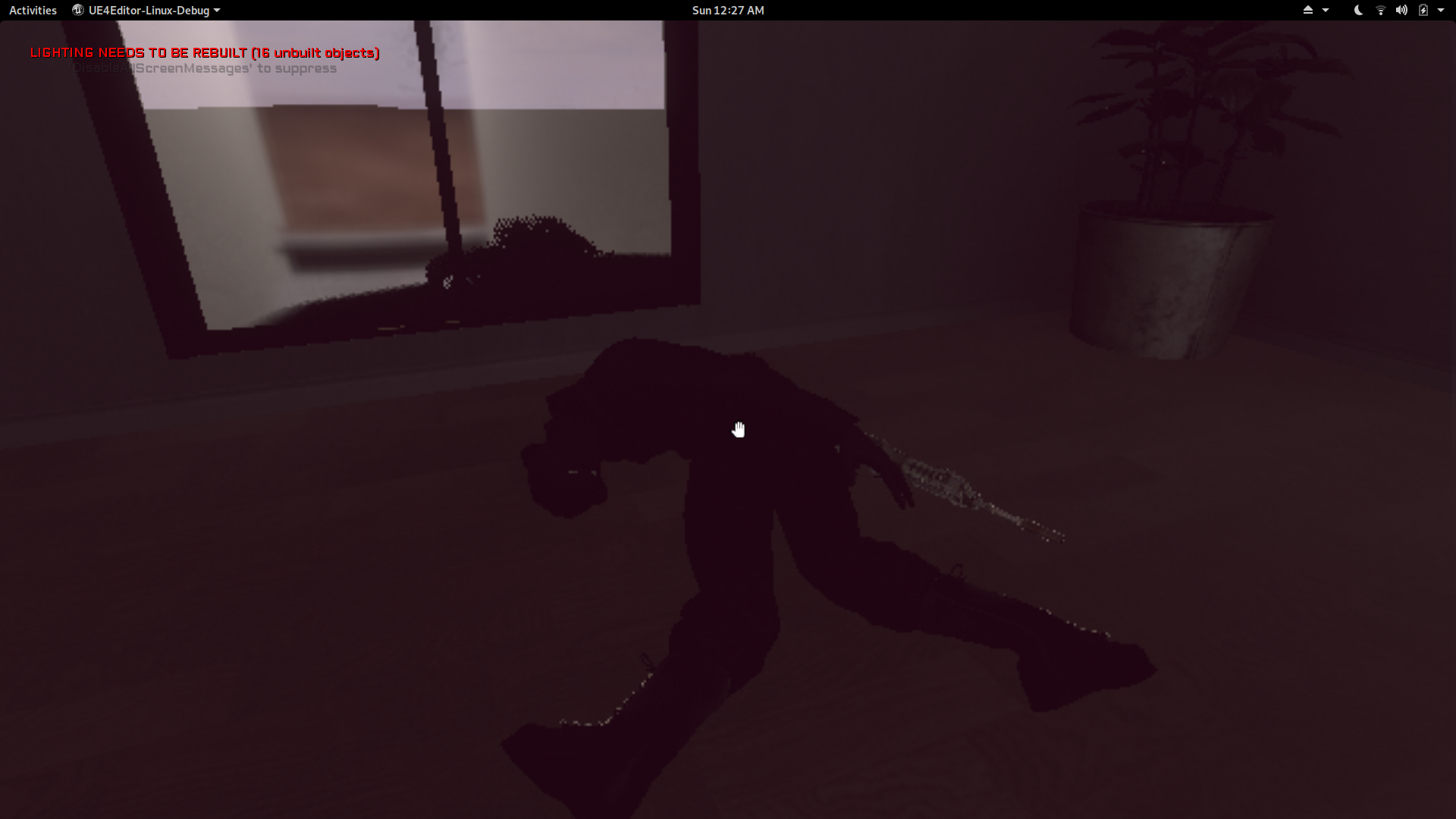 No need to hit unconscious or dead people, although you may loot them

Just one note: Both 0.2.1.0 and 0.4.1.8 will be Linux only and none of them are representative of the final result, as the Gold status version of Total Rendition is going to be even better! Total Rendition’s latest version on Windows will remain 0.1.0.8 until Total Rendition goes gold (1.0.0.0). Furthermore, Total Rendition is intended to make its Mac debut with version 0.7.1.8. To play version 0.1.0.8 on Windows, you will need to pay the full retail price! The easiest way to circumvent the Microsoft tax starts with investigating Linux (not Flat Earth). SteamOS is but one suggestion, although I personally use a (and please don’t try this at home; I’m a “professional” and a very wonky one at that) custom-built, home-cooked FrankenDebian on which I currently build Total Rendition.