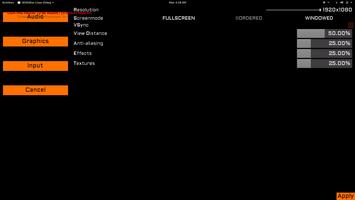 You didn't thought I spent all my time ranting about capitalism, the ghost of Donald Trump, fake news, Nazis, the McStalking case, whatever, did you? If you did, I really hope you can accept this update (which you can view here), because it is kind of a leap.

It's very long overdue in fact, although I'm most pleased to tell you that Total Rendition finally has graphics options and if you don't feel like doing the compiling yourself, it will be present in Total Rendition 0.2.1.0, which will be available from itch.io as usual, for Linux only. The upcoming Windows version of Total Rendition will be released no sooner than 1.0.0.0. Which has reasons. In fact, even the first Mac OS version will happen sooner, because even as it is, I have been forced to neglect the Mac platform for too long, which I hope to rectify.

I'll defer to SourceForge's mail transcript for the details of what's new:

Indeed, the screenshot looks the part: 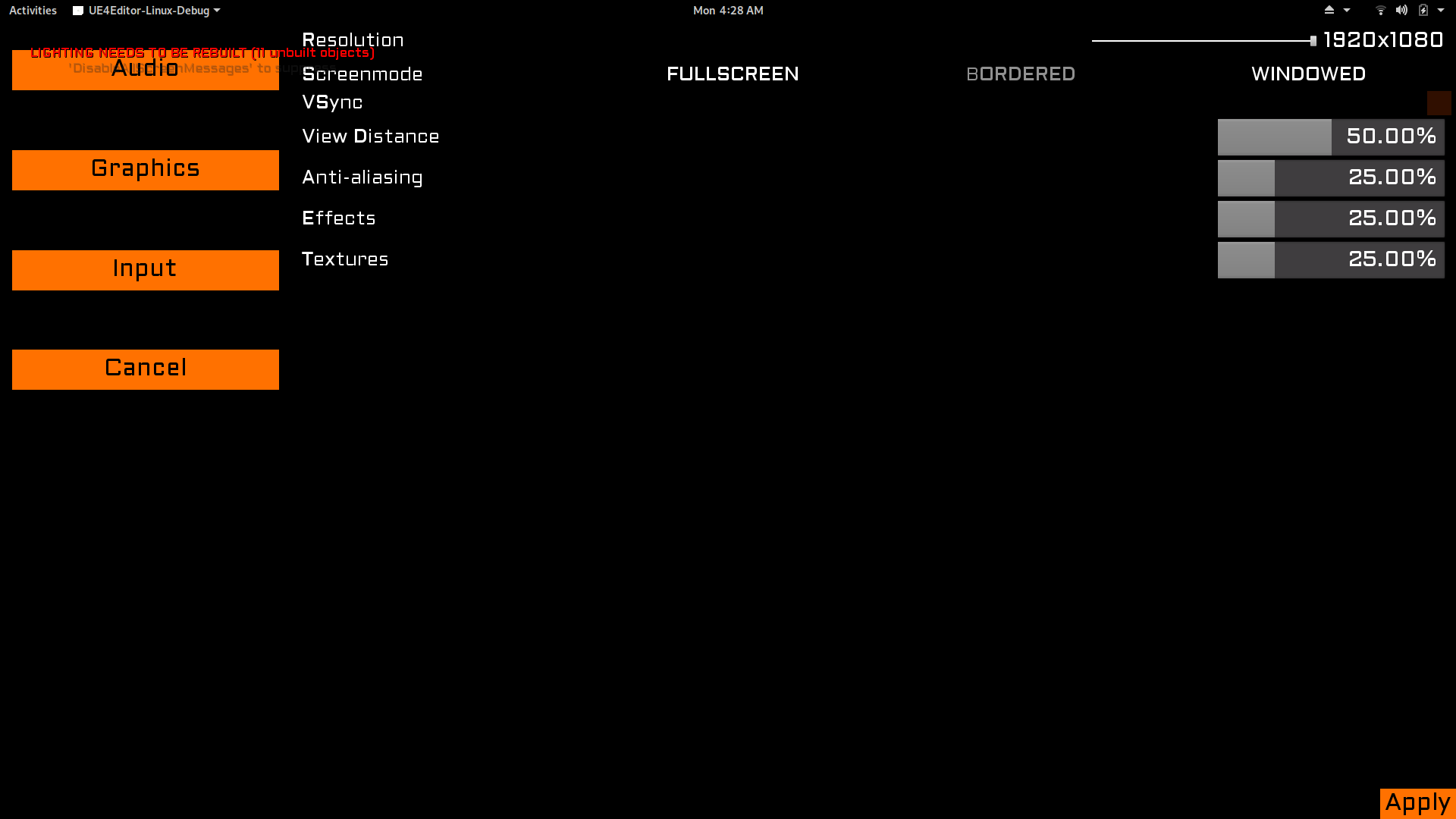 Now, this isn't quite final and there will be some UI related tweaks here and there, with perhaps some additional options, although this hopefully will prove fit for purpose for Total Rendition 0.2.1.0; depending on your computer, you will now be able to use the UE4's capabilities to the maximum (although I'm not a great environment artist, so don't expect anything spectacular any time earlier than 0.7.1.8) or alternatively, downgrade so your computer will be able to bear the load.

This update is part of a series to make the Total Rendition experience more customisable for players. Indeed, the next milestone will be version 0.1.7.5 and will feature keyboard rebindings.

It will feature some new content as well to take advantage of the more fleshed out inventory system, as well as do some world-building. Indeed, Total Rendition is ultimately a vehicle for world-building, not the other way around.

Seasons pass for all future builds