Paul Edwards is a hypocrite and a dirtbag! 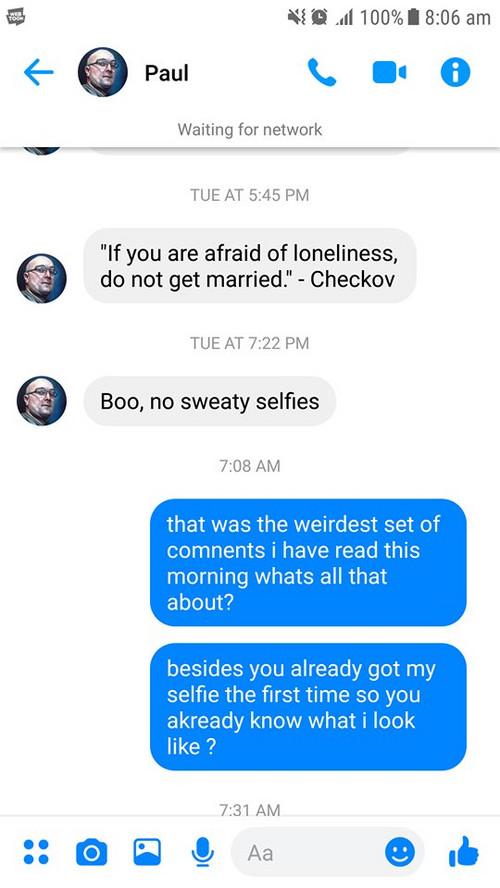 Ok, so that's going to be me ranting again.

At some point, I prospected 3D modeller Paul Edwards to join the Total Rendition Devteam, although he then "confronted" me about the fake news articles concerning the McStalking case that were written in the now infamous Evening Telegraph by Ciaran Shanks et. al. Although to be frank, whoever thinks the Evening Telegraph is a reliable news source is probably an utter idiot who probably also reads the Sun, the Daily Fail, the Daily Torygraph or worst of all, Breitbart UK.

Paul Edwards even had the balls to preposterously assert that because I am wrongfully accused, I supposedly must be guilty as well: I suppose this Schmittian approach fits the zeitgeist of Brexit Britain. Priti Patel be like? Nevermind.

Alas, it doesn't end here: Paul Edwards is a motherfucking dirtbag too, having made lewd comments that were totally uncalled for: https://twitter.com/LukeGameArt/status/1275771524352479233

Just for good measure: The Evening Torygraph failed to tell you I simply got Karen'ed for being homeless, which according to Tory scum is supposed to be "stalking", for which I got remanded for no less than two months without a criminal conviction, for "having no fixed abode"; while Paul Edwards just made dirty comments that were ENTIRELY unsolicited, with no notable negative repercussions whatsoever as these were supposed to be "jokes". And in the meantime, Apostle Paul has joined the moral panic against Total Rendition, like a paedosexual Roman Catholic priest advocating against LGBT-rights.

Total Rendition really is the game they don't want you to play - and it shows once more!

As for everyone hit by Paul Edward's lewd behaviour, I wish you all the best! Sue that guy's ass off and force him to be reliant on UC! Unlike EU-"peasants" like myself, or the victims of the Windrush scandal, at least he will be "eligible for public funds", because he was born at the right place to the "right" race.