Something about iterative prototyping: Total Rendition 0.1.0.8 is coming! 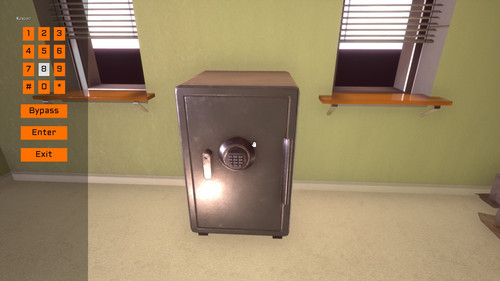 Total Rendition is now advancing towards version 0.1.0.8. It fixes inventory issues, lays the groundwork for the Arcana mechanics by including player health, movement and reloading speed modifiers and is the first prototype release to feature keypad hacking mechanics. It is also expected to see the introduction melee skills and an iMuse style music system. Most importantly, Total Rendition 0.1.0.8 will feature an expanded and revamped Villa Therese and several original 3D assets that will help give you better idea how Total Rendition is going to be like. Last but not least, Total Rendition 0.1.0.8 will be exclusive to Mac and Linux and while Windows will of course continue to be a target platform for Total Rendition, there will be no Windows version of Total Rendition 0.1.0.8! Shocked? Well, part of it is pull factor: We have noted that several people who expressed interest in Total Rendition themselves used Macs and we have so far never released a Mac version of any of Total Rendition's prototype demos, so a Mac version is long overdue. Another reason is the push factor: Bing (owned by Microsoft) has repeatedly refused requests to delete libellous claims published by DC Thomson in the Evening Telegraph, despite the EU's GDPR and the facts. This notwithstanding, Microsoft keeps insultingly insisting that DC Thomson's fake news is "accurate" and that there "is significant public interest in having access to" DC Thomson's fearmongering in Bing's search results. This motivated me even more to do my part towards creating a more multi-platform world. Although perhaps, Microsoft was already offended that the Windows prototypes of Total Rendition ran on Vulkan, as opposed to DirectX.

Total Rendition 0.1.0.8 is going to be released to a closed audience, although it may be released to a wider public if there are sufficient grounds for it. Moving images from version 0.1.0.8 can be seen on the soon to be relaunched website of Total Rendition as well. While Total Rendition has AAA ambitions, we are very aware that we face certain limitations that established studios do not. When I set out to make Total Rendition, I did not have millions of dollars or pounds to spend, which admittedly is necessary to get a AAA game made. Thus, early prototypes are a way to allow Total Rendition to be sampled very early on to convince potential financiers for the project that Total Rendition is a project worth investing in: Such is unfortunately the harsh reality of living in a capitalist society, for capitalism forces us to pay rent and humiliates and imprisons us when we try (too hard) to circumvent it. However, what's worse than a free market capitalist society is a fascist one. Indeed, Fascism is popular again, so the world needs something like Total Rendition.

You can grab earlier Windows and Linux prototypes of Total Rendition here, although remember, all of them are work-in-progress versions, so play them at your risk! Furthermore, these versions are very unfriendly to regular users and in the case of the Windows version, may be subjected to automatic blocking. However, if you've played them, feel free to get in touch with us through contact@schizotypy.com to tell us what you think of them: Your words may just prove to be crucial step forward towards getting Total Rendition true to its intended end-result.

Since we are all part of the society of spectacle, we'd better create a spectacle that nullifies the ones that promote oppression. Despite the ending credits of the earlier prototypes, we have made a very conscious decision to NOT be on Twitter or Patreon anymore, for exactly that reason.